Full of Sound and Fury, Signifying What?

Will Nawaz Sharif’s anti-military rhetoric yield any positive outcomes for his ambition to stage a comeback as fourth-term Prime Minister?

What started merely as implied criticism — in the twilight of his last tenure as Prime Minister in 2017 — has now burgeoned into a powerful and unflinching narrative. From the safe haven of the UK; Nawaz Sharif has unleashed a verbal assault against Pakistan’s esteemed institutions, with the military topping his hit list.

In his recent speeches, Sharif has openly named and denounced two individuals from the Pakistan army’s top brass. This has not gone down too well even among his supporters and current partners in politics.

Narratives asks four senior analysts what they think Nawaz Sharif is aiming to achieve from his mudslinging: 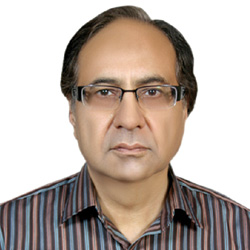 One thing is crystal clear: the narrative adopted by Nawaz Sharif is not aimed at winning elections for himself. Rather, his bids are focused on bringing the PML-N and PPP together on a united platform to amend the constitution. With the support of the PPP in parliament, Sharif wants to scrap Article 62 of the constitution to pave his way to public office again. Let’s not forget how, in 2010, this alliance effortlessly set the scene for the 18th amendment in the constitution of Pakistan.

Sharif’s relentless tirade against the institution of the military is a major tool to further his agenda of creating political chaos. This is something one can comfortably do while sitting miles away in London, and Nawaz Sharif is doing just that — à la the MQM’s Altaf Hussain. Though other political parties of the PDM are not toeing his anti-military stance, the public seems to buy some part of his narrative.

People argue that Nawaz Sharif’s political career is over, but this is far from the truth. Sharif is still relevant and very influential in the country’s political spectrum. Despite not being part of electoral politics, Sharif is still idolised in every nook and cranny of the Punjab — the kingmaker state.

The PTI government’s disappointing and incompetent performance is further smoothing the path for Sharif’s successful revival as the so-called ‘leader of the nation.’ Resultantly, so far, Sharif’s narrative seems to be working in his favour. However, the courts in Pakistan are the biggest hurdle in his track, considerably stymying the impact of his propaganda. 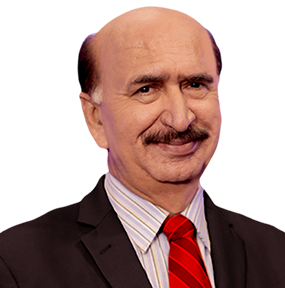 Nawaz Sharif and his daughter are pushing hard to sell their smear campaign against the military establishment as a revolutionary narrative. As a matter of fact, their narrative is absolutely subjective, targeting only two persons in the institution — Army Chief, General Qamar Javed Bajwa and the ISI Chief, Faiz Hameed. Does Sharif want to show that only two persons are running the entire country?

If he really wishes to overhaul the entire system with his ostensible ‘vote ko izzat do’ [honour the vote] campaign, then hurling a diatribe against two particular individuals is unquestionably not the way to do it.

The political system of any country is a reflection of its social system. As far as our society is concerned, it is divided into a myriad social systems:  tribalism, feudalism, capitalism, and so on. Generally, the political ruling establishment wants to maintain the status quo of the social system they have come from.

In this scenario, if Nawaz Sharif truly desires to fix the system by confronting it, he will have to challenge his own social standing as well. Sharif should let go of his mills, firms, and all other money-making ventures abroad and then come back to fight against the ills of the system. And if he is not willing to do so, then his narrative is nothing but an attempt at manipulation, which will soon bite the dust. 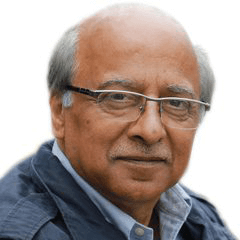 The future of Nawaz Sharif’s narrative is not bright at all. It will die its own death owing to the stark contradictions in his actions and words. Be it Nawaz or his daughter Maryam, their arguments are not synced with their past conduct whatsoever.

If Sharif’s narrative really had any factual or moral backing, he should have gone down fighting with the military when he was disposed of as Prime Minister. If he had chosen to stand for his cause at that time, he would have emerged a victor. Instead, he opted to quietly disappear from the political stage. It was all part of their bigger ploy, which has now been exposed in its entirety. Nawaz was merely waiting to re-emerge at a suitable time and place (London) with a hollow and deceitful narrative. This guileful attitude is a prime indication of his bad faith.

Moreover, if we evaluate major events on a basic level, we would still find Nawaz Sharif a morally corrupt person. He committed a moral crime by not disclosing the salary — received from his son’s UAE firm — in his nomination papers. This sole event creates an honest picture of Nawaz’s deep-rooted dishonesty. 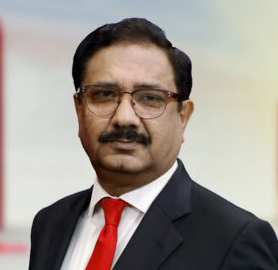 There’s only one word to describe the future of Nawaz Sharif’s narrative: bleak.

Nawaz Sharif brazenly forgets the fact that the military helped conceive his political life. He rose to power owing to a military takeover which stripped the 1973 constitution. Now, ironically, Sharif is seeking his political rights from the very constitution that he once facilitated to abolish in his own country.

Since the establishment no longer has Sharif’s back, he decided to launch an anti-military harangue to agitate state institutions. And he is now purportedly seeking support from international shores — countries where he has made enormous investments — to pressurise the Pakistani government.

The second option Sharif hoped to cash in on was his roots in the masses. However, as a party, the PML-N failed in mobilising the masses. Then Sharif started to bank on the PDM, hoping to gain some political mileage from it. But so far, the opposition’s power show does not seem to have yielded much, perhaps given the public’s lack of trust in opposition leaders.

After evaluating these facts, we can strongly contend that the Sharif Dynasty has no future unless there is a significant change in the country’s power structure.

Defying Nawaz Sharif’s narrative, Shehbaz Sharif did make an attempt to save the Sharif Dynasty through a dialogue with the establishment. However, his indictment in graft cases watered down all such bids. Given this situation, a comeback of the Sharif Dynasty is hard to envisage.