The country’s healthcare system faces multiple problems, most pressing among which is the shortage of doctors to care for a burgeoning population.

While there are various factors at play in this situation, observers have pointed out that the gender balance in medical schools, which is heavily tilted in favour of females, has a major role to play.

Who can argue against providing equal educational opportunities to women in Pakistan? Who can advocate that a boy getting low marks in examinations should get admission to a prestigious medical college just because he is a boy, and a girl securing higher numbers be denied admission because of her gender?

In the third decade of the 21st Century even raising this question appears absurd, illogical, and discriminatory. Yet, as a practicing doctor and an office bearer of the Pakistan Medical Association — the main representative body of all doctors in the country — I am forced to highlight the impact of the open merit admission policy in medical colleges on the country’s healthcare system. 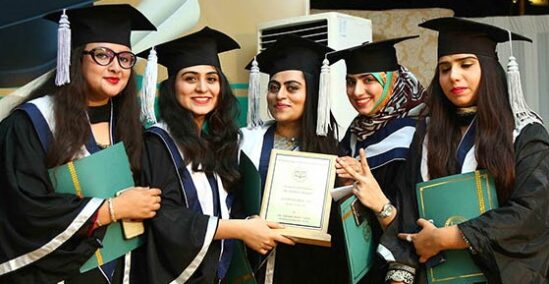 More than two decades ago, our honourable Supreme Court decided that there should be no discrimination in admissions on the basis of gender. The decision was taken in line with our Constitution and in keeping with the spirit of the modern age, but it had unintended consequences.

As our girls, by the grace of Almighty Allah, are more focused, hard-working, and responsible, they get far better grades and marks in the examinations — as evident from the Matric, Intermediate and, O- and A-level results. Therefore, they get the lion’s share when it comes to admission in medical colleges where, 80 to 90 percent of seats are occupied by girls.

I am, in no way suggesting, that girls should be punished for securing higher marks and denied admission or be subject to a separate and tougher yardstick. Yet, there is a dilemma facing us.

Why? Because 60 to 65 percent of girls graduating from medical colleges, do not continue professional practice and simply drop out once they get married. Many of those remaining, work only part-time and that too, mostly in larger cities. Many refuse to see male patients. Very few would be willing to work in backward areas even in the large cities, let alone to go and serve in rural areas. On this front, however, male doctors have the same position. 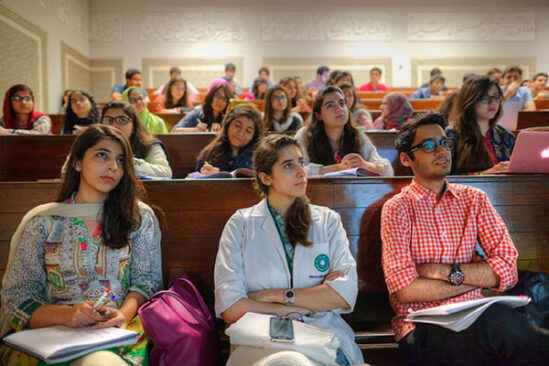 Why do these bright young women, who devote five years of their lives to earn the MBBS degree through a gruelling routine, not practice medicine? Is it their own choice or are they being forced out of the ring?

In the majority of cases, it is someone else’s decision that pushes female doctors out of the profession. Their husbands, in-laws and immediate family members do not want them to practice medicine. In our society, even many educated families who are considered modern, and enlightened, do not want their girls to be coming and going at odd hours, working on night shifts and examining male patients.

So there is a dichotomy in our society. On principle, girls and boys should and must be treated equally but when we do this in practice, most graduating doctors will not be in active practice. As the years roll by, the availability of doctors is decreasing, although the state spends vast sums to educate a doctor.

While re-introducing the policy of giving more seats to boys will be a controversial and regressive step, and is inadvisable, one way out of this problem would be establishing a few ‘all-boys medical colleges.’ This will help increase the number of male doctors in the country.

Coming back to the issue of growing shortage of doctors, another factor contributing to this problem is that at least 20 to 30 per cent of our male doctors go abroad for higher studies, and most of them prefer to work abroad after specialising and getting higher degrees.

Policymakers should think on a war footing, not just about how to stop this brain drain, but also how to bring these doctors back to serve the country by offering monetary incentives and better working conditions. However, this is easier said than done, given dismal fund allocations for the healthcare system.

One more factor, and an important one behind the growing dearth of doctors is the lack of interest of many of our male students in the medical profession. Medical education is now no more considered as attractive as it once used to be when I was young. The reasons for this are multiple; firstly, young doctors are forced to work on paltry wages in the initial years of their service. Then, working conditions, especially in our government-run hospitals are mostly awful. Thirdly, there is now an element of danger attached to the profession, amidst growing incidents of violence against doctors and scuffles with relatives, families and friends of patients. Therefore, bright male students prefer to go for other lucrative professions, including Business Administration, Information Technology, Law, and Accounting.

We also have to keep in mind that the standards of medical education are not what they once used to be. With the opening up of one private medical college after another, there is also an acute shortage of professors in many fields. The flaw in our medical education system and its commercialisation, are responsible for churning out poor quality doctors, many of whom are a threat to the patient’s life.

The government has also contributed to the crisis in the system by its confused and damaging policy regarding the regulatory body that kept an eye on standards of medical education.

The concept of an entry test for medical colleges has also failed to bring about a positive change, therefore we suggest that the government should focus on improving the pre-medical education and examination system.

PMC’s move of introducing the compulsory National Licensing Exam (NLE) for young doctors after graduation displays the lack of trust regulators have in the current standard of medical education. Under this new and controversial system, young doctors will have to pass the NLE before obtaining a license to practice independently. Another problem with this decision is the expected mushroom growth of coaching centres in the country. In the name of preparing students for the exit-exams, the coaching centres will charge hefty fees from already over-burdened parents.

As a professional and Secretary-General of the PMA, I see a crisis-like
situation building fast in our country, as the ever-growing number of patients outstrips the number of new doctors entering the field. The government must review the situation in a holistic manner and act fast.  I do not see the woes of medical education and the dearth of doctors anywhere on the agenda of our federal and provincial governments. There is a gathering storm, but our Neros continue to play the fiddle.

Your Life and Health