Pakistan and India have remained at loggerheads since they won Independence from the British Raj in 1947. From active hostilities to the prolonged cloak and dagger game, the two countries have tried it all, yet failed to resolve their core dispute — the unjust and illegal occupation of Kashmir by India. The perpetual conflict between the ‘Two-Nation Theory’ and ‘Arthashastara’ spirals into many domains — conventional, nuclear, political, economic, diplomatic, and lately the hybrid war — which always keeps South Asia on its edge.

With China now entering into the ‘Great Game’ both in South and Central Asia, the aspects of rivalry and competition in cyber, Artificial Intelligence, and space have added a new dimension to the simmering tensions in the region.

Graham Allison in his book Destined for War: Can America and China Escape Thucydides’s Trap? says that it appears that conflict and instability are intertwined with peace and stability and they remain indispensable to each other. He identifies that out of 16 case studies of nations entrapped into the Thucydides Trap, only four managed to avoid the conflict, while the rest ended up going to a war. Initially peace and stability was disturbed, leading to instability and then conflict.

A report, “Iran Military Power,” published by the US Defence Intelligence Agency in 2019 underlines that the quest for ensuring stability in the region in the wake of growing military potentials of Tehran was exhibited by the US, but even today the dialogue has not yielded results due to divergence of interests with a nation that was once in Washington’s camp. These two nations had no issues between them in yesteryears, but today they stand against one another.

In South Asia, the power tussle between Pakistan-India and China-India is an ongoing affair. In the rivalry between China and the United States, India stands with Washington, which adds to the complexity of the situation.

The fluid situation in Afghanistan has made the challenge grave.

The United States and its allies want to scuttle the CPEC, while for China and Pakistan it is vital for their national interests. Security dilemma construct given by Robert Jervis is being aptly manifested in this part of the world.

Pakistan and India had won Independence at the same time. But India was more advanced — thanks to the long history of colonial rule there, while Pakistan lagged behind as the British Raj came here much later, and had relatively lax control in many of its regions. These two nations went into conflict because of the unjust division of British India in which even many of the Muslim-majority districts of both Punjab and Bengal were given to Hindu-majority India, though they should have been part of Pakistan. For example Gurdaspur and Ferozepur in Punjab.

To add more to the complication, the Muslim-majority region of Kashmir was usurped by the Hindu-India — thanks to the British support. In 1948, the two newly created states went to their first war over Kashmir, which to-date remains the unfinished agenda of the Partition. The Kashmir dispute sparked wars in 1965, 1971 and 1999 in Kargil, besides a number of low-intensity conflicts across the Line of Control (LoC).

On August 5, 2019 the Hindu-extremist government of India scrapped the nominal symbolic autonomy given to the occupied Kashmir and launched efforts to change its demographics. The Hindutva agenda is not just targeting Kashmiris, but also Muslims living in India, worsening the situation and threatening regional peace.

China’s entry in the strategic equation especially after 1962 has given a twist to the entire gamut and India found a new excuse for its increased militarisation — constantly being backed by the United States and other Western nations.

With the recent trajectory of the Pak-China relationship and the overall global milieu, the security dilemma is accentuated manifolds for India. Previously, Nehruvian thought pushed India towards overt nuclearisation and of late it is aiming to become a member of the Nuclear Suppliers Group while reaping the benefits of a US-India nuclear deal.

India’s strategic partnership with the United States is aimed against China, but it also targets Pakistan. India’s huge market has helped New Delhi to expand diplomatic clout in the West as well as in the Middle East and East Asia.

Alternatively, the occupation of Afghanistan by the former Soviet Union and subsequently the United States’ so-called war on terrorism in this poor Central Asian state, made Pakistan a frontline state, but only temporarily. Islamabad was granted the status of a non-NATO ally, but the nature of this relationship remained transactional.

Pakistan emerged as the only country in the World that defeated the scourge of terrorism on its territory single-handedly, but the US and its allies continue to keep Islamabad under pressure with one-sided and impractical demands to do more.

Pakistan also remains the target of the ‘Hybrid War’ unleashed by India, and other hostile countries. As of today, in the Asian context the strategic equation has dramatically changed.

The West-led ‘International Liberal Order’ is under pressure because of its inability to resolve many of its contradictions as well as because China is now providing an alternative and more successful development and governance model. There are other non-Western nations which are unwilling to follow the so-called order of the liberal democracy.

Now the strategic stability in South Asia is no more between the nuclear-armed Pakistan and India alone, but it has more players — the US as the resident power, China as the emerging power, Russia the resurgent power, Japan the old imperial power, while New Delhi has its own designs of establishing hegemony in the region.

Indeed, the strategic equation is now more complex and unpredictable.

Pakistan has been resisting Indian designs of dominating the region since the day one of Independence.

Even the overt nuclearisation by both the nations has failed to ensure strategic stability or lead to conflict resolution. The continuous up-gradation of conventional and strategic arsenal has made the region a nuclear flashpoint.

Taking lead from Clausewitz, the very nature of war remains the same, however, its character changes to a larger extent. Concepts of Phalanxes and Strategic Corporal are poles apart in application, yet they aim for the same — achieve victory in the war. Another conceptual adaptation is the multi-domain operations which in the past was intrinsically practiced, but has now become more advanced and lethal.

Politics and Economics are intertwined while other aspects of hard power, soft power, smart power and sharp power are causing pulls and pushes to the strategic stability. The Indian Ocean, South Asia and Asia Pacific are experiencing these effects.

The Asian century is manifesting and power play is upping itself. Any strategic instability would be catastrophic. US-Iran, US-Korea, Pakistan-India kinetically and US-China, India-China economically can alter the strategic stability to a great extent regionally and globally. With Russia and Turkey entering the arena, the situation is getting multifaceted, and more unpredictable.

Pakistan and India have to find a panacea for the strategic stability to avoid a catastrophe. The past efforts by competing interests and global developments have failed to bring stability. Addressing the gaps in conventional asymmetry, acquisition of nuclear capabilities, hectic efforts for nuclear triad, and new technologies —all are an unending race.

Policymakers and think tanks need to explore new possibilities rather than sticking to the tried and tested formulas. This means energized diplomatic efforts with an aim to strengthen alliances and create new friends based on shared interests.

There is also a need for an enhanced focus on economic development by leveraging domestic, regional and international opportunities.

Economic integration, interdependence and independence give enormous dividends provided handled aptly and professionally. However, economic ties alone cannot guarantee peace in South Asia. To establish good peace in the region, the resolution of the Kashmir dispute is a must.

Ideally, instead of competition, conflict and challenging one another, coexistence with immediate and distant neighbours, cooperation and collaboration with the current and emerging world powers may bring strategic stability in the region. But the question remains — can this be achieved without resolving the core dispute of Kashmir? 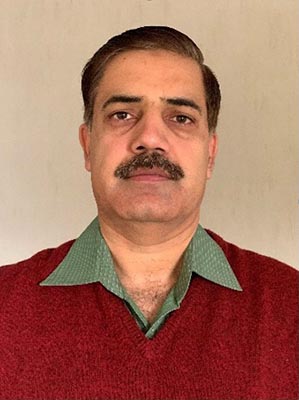 Sheikh Ghulam Jilanihttp://narratives.com.pk
The writer is a PhD scholar.
Previous articleOwning the War
Next articleThe Cost of Defamation