In the last decade, Karachi – a city of 25 million people – has been facing the ever-increasing threat of flooding. In 2020, the city encountered a devastating urban flood caused by heavy rains and an inadequate drainage system. The record-breaking rains – the highest since 1984 – claimed the lives of roughly 40 people. The monsoon season this year saw significantly less rain Karachi than in the previous years. But despite this, the streets were transformed into raging rivers; cars and homes were washed away, and people were stuck in hours-long traffic, with the looming threat of electrocution. The city’s entire system collapsed in just one day of rain. And the country’s largest city virtually drowned, all because of poor urban governance and a dilapidated infrastructure. Karachi’s urban flooding problem is getting worse by the year. Only last year, certain places in the city were six to seven feet under water, and several neighbourhoods were entirely submerged in water.

The rainy season wreaks havoc in Karachi every year, and the biggest concern is the city’s mounting trash. Garbage is not collected throughout the city, and most of it ends up in the drainage system. Subsequently, it travels around the city through the nullahs (drains). These nullahs, which run through the city, were originally meant to carry storm water, but they have been transformed into sewage ponds over a period of time. And they are so overburdened with the heaps of garbage that when the drainage system chokes at any point, it does not take long for the rainwater to turn into a flood. This situation has been created because of the inefficiency of the Karachi Water and Sewerage Board (KWSB) – which, in the 1990s, allowed sewerage to enter the storm water drains.

To begin with the rainwater has no outlet because the roads are not connected to the storm water drainage/sewage channels. Then most of the culverts or gates within the drainage channel are choked and stop the flow of water. Further the storm water drains/sewage channels are not connected to the Arabian Sea, and finally, there is no proper mechanism for the management of solid waste in the city. The South Asian Millennial city has no actual landfill site within its precincts and the nearest one available is located 40 kilometres away. In the absence of a proper system, 40 percent of the city’s the waste is dumped by citizens and local authorities into the nullahs, exacerbating the problem. There is a massive load on the infrastructure as storm water drains in the city carry not only rainwater but also sewage and 40 percent of the city’s garbage.

Also linked to the issue of urban flooding in Karachi is the housing crisis and poor urban planning practices. The establishment of slums or informal settlements along the nullahs is due to the lack of affordable housing in the city. These poor settlements are not a new phenomenon. Historically, poor planning and inadequate infrastructure have led to the rise of informal housing structures on the streams and the city’s outskirts. After independence, the first master plan of Karachi was outlined to address the issue of housing between 1947-1951. The consultants appointed for the task were Merz Rendel Vatten (MRVP). Unfortunately, the plan, termed the MRVP Plan or the Greater Karachi Plan 1952 could not be implemented as the capital moved to Islamabad. However the flux of refugees post-partition continued to rise exponentially. From the MRVP Plan to the last plan of Karachi, which is the Karachi Strategic Development Plan (KSDP-2020), none were notified and fully implemented for the development of this metropolis. Urban planners and experts strongly believe that one of the leading causes of urban flooding is ill-planned urban development. Similarly, they also recognise urban flooding as not only a climate-change issue but also one of poor urban governance/planning post-independence.

Evictions, Displacements and Widening of Nullahs

Generally, the authorities blamed the poor urban residents for the city-wide urban flooding by declaring them as “encroachers.” The truth is that commercial development (industries and factories) and up-scale housing societies occupy the lion’s share in the city’s encroachments rather than the urban poor. The government asked the NED University’s Infrastructure Engineering and Urban Development Department to conduct a technical study of nullahs in Karachi. Based on the study, the government initiated a project for the cleaning and widening of nullahs, which subsequently led to the demolition of houses built along the drains and left thousands of families homeless because the local authorities undertook the evictions without any resettlement plan for the residents of informal settlements. Authorities claimed that the study suggested that widening of nullahs would save the city from urban flooding but, in reality, they ignored the actual reasons behind the flooding stated in the report.

Little attention has been paid to solid waste management, which is the most significant contributor to urban flooding. No one knows how much actual garbage is generated daily in Karachi. And our institutions are failing to collect and dispose of the garbage that is being generated. What’s more, we don’t have enough space to dispose of the entire city’s garbage. Around 6,500 tons of garbage can be dumped at the Jam Chakro dumping site and about 1000 tons at the Gonda Pass dumping site near Hub River. And once these two places are full, we see the rest of the garbage floating around the city. Unless we have a proper solid waste management system, simply the remodelling of drains will simply increase the space for dumping more garbage. Generally, the natural drains take years to choke. However, given Karachi’s poor infrastructure, they might choke within months.

During the recent monsoon season, Karachi’s district central was mainly affected by urban flooding because of the lack of infrastructural planning as is obvious from the thoughtless development surrounding the city’s storm water drains. Take the case of the Green Line BRT; this new infrastructure has damaged the stormwater drain’s infrastructure at several point. Consequently, the massive flooding experienced at Nagan Chowrangi and the Hyderi-KDA Chowrangi during the recent monsoon, simply within half-hour of rain. We need to conduct a comprehensive survey of the city’s infrastructure and create maps for each infrastructure by using advanced technology such as the Geographical Information System (GIS). This will ensure that there is no damage to any old infrastructure, if we need to lay down a new one.

The chaos that prevails in Karachi’s local government is a significant factor in urban flooding. The urban government system is divided and broken, and institutional bodies lack cohesion and cooperation to function smoothly and efficiently. The Karachi Municipal Corporation (KMC) is responsible for the maintenance of 41 major storm water drains. Similarly, Karachi has 510 minor drains, the cleaning of which is the responsibility of the District Municipal Corporations. The Karachi Water and Sewerage Board, on the other hand, is accountable for maintaining the cleanliness of storm water drains. The Sindh Solid Waste Management Board (SSWMB) is in charge of waste management activities, such as dumping waste on the designated sites and ensuring that it is not discharged in the stormwater drains. Despite the availability of so many government bodies, it is surprising that the city is drowned in waste. The stormwater drains carry 40 percent of the city’s solid garbage. However, the Sindh Solid Waste Management Board claims that flooding is not the Board’s problem. Unfortunately, the relevant authorities are not willing to fulfil their responsibilities, and the burden of institutional incapability is shifted towards climate change leading to a change. There is no plan to deal with the urban sprawl, the increasing urbanisation, water provision, solid waste management and climate change. All these inter-linked development and governance issues are producers of urban flooding in the city. To tackle the institutional affairs of the city, we need resources, local governance functionality – in other words, an ‘empowered local government system’ – and the participation of residents’/ community (explicitly those living in the flood zone areas) in planning.

Previous articleThe One and Only
Next articleIs the rupee’s depreciation to record lows against the dollar justifiable? 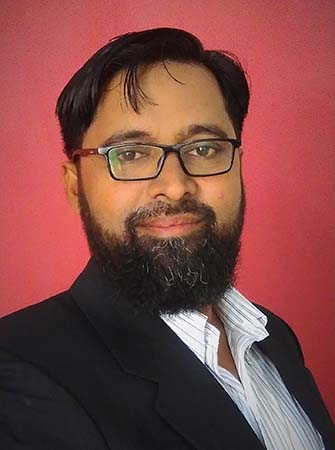