Interventions on the directives of the IMF, like a significant hike in the benchmark interest rate and steep rupee depreciation hindered high growth during July-December 2021, but the year 2022 is expected to herald expansion in business and economic activities.

The rate hike and rupee depreciation are close to peak out. An expected reversal in the rate and likely return of stability in the domestic currency would decelerate inflation readings during 2022. Besides, the twin trade and current account deficits are set to narrow down from February 2022 and onwards. These developments would reset the economy on a high growth path from the point where it came under pressure due to the interventions.

To recall, the central bank increased the benchmark interest rate by a huge 275 basis points during September-December 2021 to 9.75 percent at present. The rupee has cumulatively depreciated 37 percent to around Rs. 178 against the US dollar in the last days of December 2021, compared to Rs. 130 when Prime Minister Imran Khan formed the Pakistan Tehreek-e-Insaf (PTI) government in August 2018.

The rupee devaluation alone contributed 65-70 percent to inflation in the country. Accordingly, inflation readings hit a 21-month high, in double digits at 11.5 percent in November 2021; import bills soared to a record high at $8 billion in the month. The current account deficit soared to a 40-month high at $1.9 billion.

The price of global commodities including food and petroleum products shot sky high. This was a major cause of the rise in the import bill and higher current account deficit. The surge in the import bill was not demand driven. Therefore, the massive hike in the interest rate was unjustified to tame imports and stood negative for the economy and business growth.

The International Monetary Fund (IMF) recently put tough conditions to resume its $6 billion loan programme for Pakistan. It asked the government to impose new taxes worth Rs. 350 billion through presentation of a mini-budget and directed an increase in the power tariff. The stringent conditions are unwarranted. They will not solve problems, but would multiply hardships for business and the economy. Imposition of new taxes will increase the cost of doing business. Similarly, the increase in power tariff will not end circular debt, but further accumulate debt and surge the cost of doing business as well. The circular debt would end through tariff reduction rather than increasing the tariff.

The IMF has directed to impose new taxes despite the fact that the government has continued to collect tax revenues higher than the set targets for the past year or so. The IMF conditions are politically motivated rather than based on justified grounds. It did so after Prime Minister Imran Khan’s brave big NO to the US to provide air bases on our soil to let the Western ally continue its war in Afghanistan.

Four years ago, when Pakistan went to the IMF for the ongoing loan programme, the domestic currency was overvalued and revenue collection was low, but the IMF did not mandate stringent conditions. Today, Pakistan is collecting revenue over and above the target, its business activities have improved significantly, trade volumes are on the rise, exports are on the rise, the agriculture sector is performing well, people are provided job opportunities, but the IMF is considering none of this and acting against the interests of Pakistan only because the PM said no to the US.

The IMF is part of the problem rather than part of the solution in the case of Pakistan. Its conditions may contribute towards a business and economic slowdown. The PTI government is, however, expected to offset the negative impact of the IMF conditions through prudent policymaking and help businesses and the economy to maintain a growth trajectory during 2022.

Completion of the IMF loan programme in September 2022 (as per original schedule) would allow authorities concerned, like economic managers, to take pro-growth and pro-business measures smoothly. The central bank is expected to cut the benchmark interest rate by 150 basis points during the second half of 2022.

The private sector has maintained its growth trend in 2021 and is expected to expand activities during 2022 as well, despite the IMF’s mini-budget.

The companies listed at the Pakistan Stock Exchange (PSX) are estimated to report record high total profit-after-tax of Rs. 1 trillion in 2021.  They have already reported a profit of Rs. 750 billion in the first nine months (January-September) of 2021 that is 58 percent higher than Rs. 474 billion earned in the same nine months during the previous calendar year, 2020.

Housing, construction and allied industries (cement and steel), textiles, IT and telecom, travel and tourism and mining are some of the high potential sectors to attract significant investment from both domestic and foreign investors during 2022.

The construction and tourism sectors are very close to the hearts and minds of incumbent rulers. They have given a number of incentives, as both sectors have the potential to attract high foreign investment and help the government build up the country’s foreign exchange reserves.

Startups, mostly the technology-driven ones, are already high on the radar of global investors. They have attracted record high foreign investment of $310 million during 2021 and have the potential to attract another $1 billion in 2022.

Besides, traditional sectors like oil and gas exploration, IT and telecoms, mining, power production and financial sectors (including fintech) are estimated to attract another $2 billion under the head of foreign direct investment (FDI) in the current fiscal year (July-June) 2022, compared to $1.8 billion fetched during the previous fiscal year 2021.

The textile sector remained a major beneficiary of the central bank’s low cost loan scheme for industrialisation in the name of temporary economic refinance facility (TERF). Banks have approved a whopping Rs. 436 billion under the time-barred scheme for setting up new businesses and expanding the existing production setup. The new investment would start coming online during 2022 and will contribute towards generating higher economic activities and directly support growth in exports.

The private sector would be offered higher loans by domestic banks for new businesses, expansion and to meet requirements for working capital as well. The government has informed financial institutions that if their advance (credit to private sector) to deposit ratio (ADR) remains below 40 percent then they would become subject to pay additional tax of 5 percent. Those banks, whose ADR stands between 40-50 percent, would be liable to pay additional tax of 2.5 percent. But those banks whose ADR stands over and above 50 percent would pay no such additional tax, with effect from July 1, 2021.

Banks, being business entities in the private sector, would also continue to enjoy lucrative profits during 2022, as they remain a major source of finance to the government for budgetary support and to the private sector for businesses.

The sale of cars may witness a nominal slowdown, but would remain largely unaffected due to the central bank’s restrictions on new car financing and increase in the benchmark interest rate by 275 basis points to 9.75 percent. The automobile sector is set to mark a new history of growth during 2022.

The petroleum refinery sector may continue to face hardship due to continuous production of outdated furnace oil, as the government has switched power production to gas from oil. The absence of buyers for furnace oil results in topping the storage capacities of refineries, compelling them to produce less or shut down production from time to time to wait to offload furnace oil inventories. Refineries have rolled out their upgradation plans to get rid of furnace oil production. However, the upgradation is a time consuming exercise that may be completed over the next four to five years.

Oil and gas exploration and production companies (E&Ps) are expected to grow with return of stability in international oil prices and measures being taken to address circular debt.

The cement sector is expected to grow with higher allocations of the public sector development programme (PSDP), private construction, and an expected reversal in international coal price that remains a basic raw material for cement.

The steel sector is expected to remain a major beneficiary of infrastructure, housing and construction activities.

Oil marketing companies (OMCs) are expected to grow with a significant rise in profit margins granted by the government recently and likely resolution of circular debt.

The Pakistan Stock Exchange (PSX) is also expected to enter growth mode with higher economic activities, an expected cut in the benchmark interest rate and rupee stabilisation during 2022. Since PSX has become part of MSCI Frontier Indexes recently, the development is expected to attract foreign investment as well.

The incumbent Pakistan Tehreek-e-Insaf (PTI) government has spent more than half of its elected tenure of five years in office since August 2018, but it is yet to hire the right people at top posts in the majority of state institutions. The rulers cannot achieve their major milestone of cleansing the state and society from corrupt elements without appointing honest people at higher positions. They have to do it in 2022. Otherwise, there will be almost no time left to do so during the last year of their elected rule in 2023.

The problem with the PTI government is that there is only PM Imran Khan and a handful of people like him who are sincerely working day and night for the betterment of masses and for the country. Otherwise, there are people in the government who are apparently with PM Khan, but they work against the interest of the people and party agenda of ending corruption.

PM Khan has done a wonderful job of formulating a prudent foreign policy. He is the leader who declared at the UN global summit that it is the world that is Islamophobic, and there is nothing wrong with the Muslim community. He got the Kashmir issue highlighted more than previous leaders did. He urged the international community to pledge financial aid worth a couple of billions of dollars for Afghanistan to address hunger and end the humanitarian crisis there. However, the opposition parties and media refuse to acknowledge these achievements and continue to criticise the premier and his government. 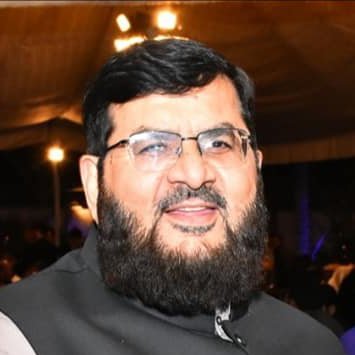 Aqeel Karim Dhedhihttp://narratives.com.pk
The author is the founder and chairman of the AKD Group, one of Pakistan’s largest business conglomerates and a major player in its capital markets.