We live in a digitalised world, where internet and technology have penetrated every aspect of human life. And on the heels of internet and mobile phones, the rapid growth of financial technology — Fintech — has taken off in Pakistan. While Fintech is a relatively new concept for Pakistan, it is increasingly occupying an exponentially growing space, aiding financial inclusion in the country.

Pakistan’s financial services sector was mired in a morbid state until a few years ago. As per Financial Inclusion Insights (FII), more than 100 million Pakistani adults — comprising 5 percent of the world’s unbanked population — did not have a formal bank account. For the population’s poor segment especially, opening an account in a conventional bank was an enormously complicated task. And for the government, distributing welfare payments to the underprivileged in a targeted manner was an uphill job, because most of them lacked any formal transaction account. This impediment required a drastically simplified alternative to bring financial inclusion to the public.  As a result, Fintech came into play and began to tap the potential in the Pakistani masses. It is now increasingly gearing to exploit all the gaps in the services of the mainstream financial sector.

At present, the Fintech revolution is slowly but surely enabling thousands of Pakistanis to send and receive cash, pay bills and buy merchandise from the comfort of their homes. The use of this mobile money industry, aka ‘Branchless Banking,’ appears to be gaining ground in Pakistan.

It is imperative for a country’s economy that its public has access to regulated financial services. Financial inclusion, driven by Fintech, is beneficial for individuals, as well as national economies. It boosts economic growth and also contributes to documenting the economy. In a country where 80 percent of the population has mobile phone ownership, and an increasingly tech-savvy youth, no one can doubt the thriving scope of Fintech or Branchless Banking (BB) in Pakistan. If the authorities fully encourage this platform, Pakistan can make leaps in financial inclusion, consequently uplifting the national economy and GDP growth.

The incumbent Pakistan Tehreek-e-Insaf (PTI) government deserves a pat on the back for its continued efforts to digitalise Pakistan. In January 2021, Prime Minister Imran Khan launched the Raast payment system. According to the State Bank of Pakistan, Raast is Pakistan’s first instant payment system that will enable end-to-end digital payments among individuals, businesses, and government entities instantaneously. Nevertheless, the PTI government will have to pay more attention to include Fintech, especially in regulating its flagship Ehsaas welfare programme. It will escalate financial inclusion as well as lessen to a great extent the risk of physical contact in times of a pandemic.

The successful integration of Fintech solutions into Pakistani society may be the answer to the structural financial problems the country has always struggled with. Furthermore, the PTI government will earn huge benefits from digital payments or Branchless Banking. It will help significantly limit money laundering — a long-term goal of the PTI government. The digital record of every payment will make it much harder to hide income and evade taxes, thus leaving no room for any illegal transaction or theft.

Several private firms are also working alongside the government on Fintech, to improve its application in Pakistan for a better customer experience. A network of retailers and franchises have mushroomed across the country, serving millions of customers and contributing to Pakistan’s economy as well.

A breakup of BB transactions shows that customer-related transactions account for 98 percent of the volume, most of which constitute M-wallet (Mobile-wallet) transactions. The SBP report concludes that the incessant rise in volume and value of transactions is a positive indicator for the gradual adoption of the Branchless Banking channel by the public to meet their banking needs.      The gradual but promising digital transformation of Pakistan’s financial sector with Branchless Banking will soon become the cornerstone of the country’s universal financial inclusion. For a developing country like Pakistan, the key to strengthen the economy lies in Fintech. It is a much-needed, doable way forward to fix the structural loopholes of the financial system. 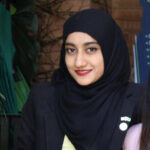