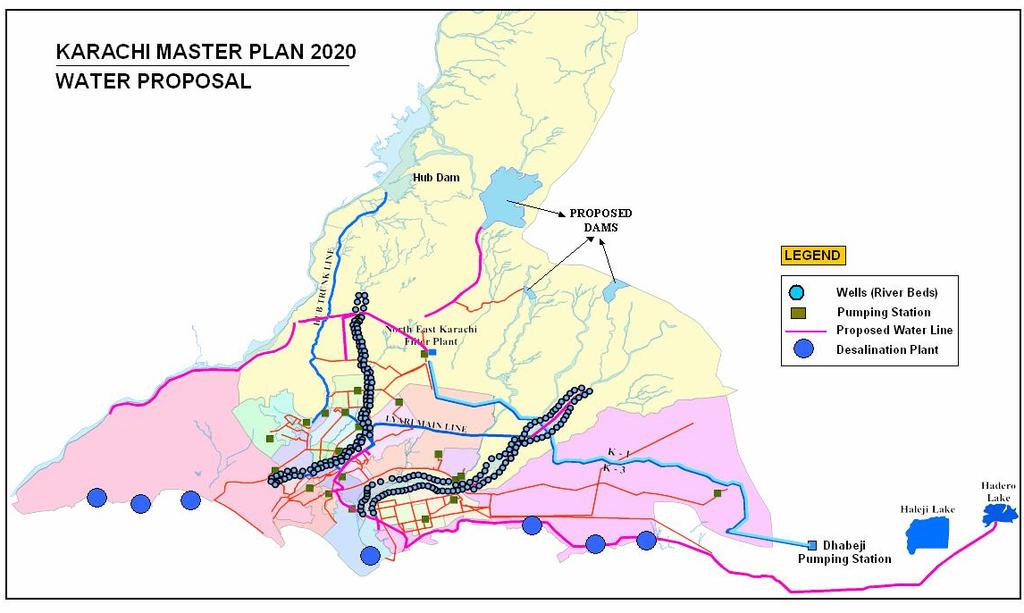 Karachi: City without an official plan

Karachi, a metropolitan city of over 20million population, has no officially “notified” master plan. The Narratives suspects two reasons why the master plan is not a priority for those in power.

The first notified master plan for Karachi was prepared in 1951 for the next 10years. The second was in 1962, and the third one was ready in 1975 for 10years.
The City District Government Karachi 2005 decided to prepare Karachi Strategic Master Plan-2020. After that, the authorities concerns are not making any attempt to start working on Karachi Master Plan.

Each plan took stock of the existing demand and supply of the various sectors, through investigation and research techniques.

Reason 2:
The most important reason why the Karachi master plan is not being prepared timely is the non-availability of competent officers.
Currently, the SMPA has a strength of 150 employees. Among them, only 6 officials have the professional qualification of town planner, engineer and architect.

The SMPA senior director Waqar Memon is an engineer, director Aamir Kamal is an engineer too. Akhtar Ali, deputy director, is a town planner. The Sindh government recruited three fresh architects a few months ago, making up to 6 professionals.

The rest of the staffers are stenographers, senior clerks, draftsmen and tracers, who were promoted as assistant directors during past years and involved in Karachi’s future planning.

A senior director who retired from MPGO told The Narratives that the officers working at the MPGO are ‘non-technical and cannot do the future planning for the city.

“Officers are not technical and do not know anything regarding the city’s future planning,” he added.

It is alarming that Karachi is overgrowing without proper planning, he said, adding that the city needs appropriate town planners, architects and experts. Otherwise, Karachi will be left to ruin.

The official said there were no backups for years because no professionals were recruited in the department for years.

“When Iftikhar Qaimkhani Sahab was head of the MPGO in 2017, we both sat together and decided to ask the Sindh government for professional recruitment in the department,” he said. “We wrote several letters to the authorities for those recruitments from 2017, but nothing was done,” he added.

The KDA Labour Union patron-in-chief, Muhammad Ashraf, has filed a case in the Sindh High Court seeking the remit return to the KDA. Since its revival in 2016, unqualified officials are working on technical posts.

The department had been part of the KDA since its establishment in 1957. But after the Sindh Local Government Ordinance was passed in 2001, these departments were all placed under the control of the City District Government Karachi. In 2016, the Sindh government restored the KDA to its original status. Still, it didn’t return several departments that it once had control over.

“I filed a petition in the Sindh High Court to restore the KDA to its 1957 structure when the Design Bureau, Master Plan Department and Planning Department were part of it,” Ashraf explained.