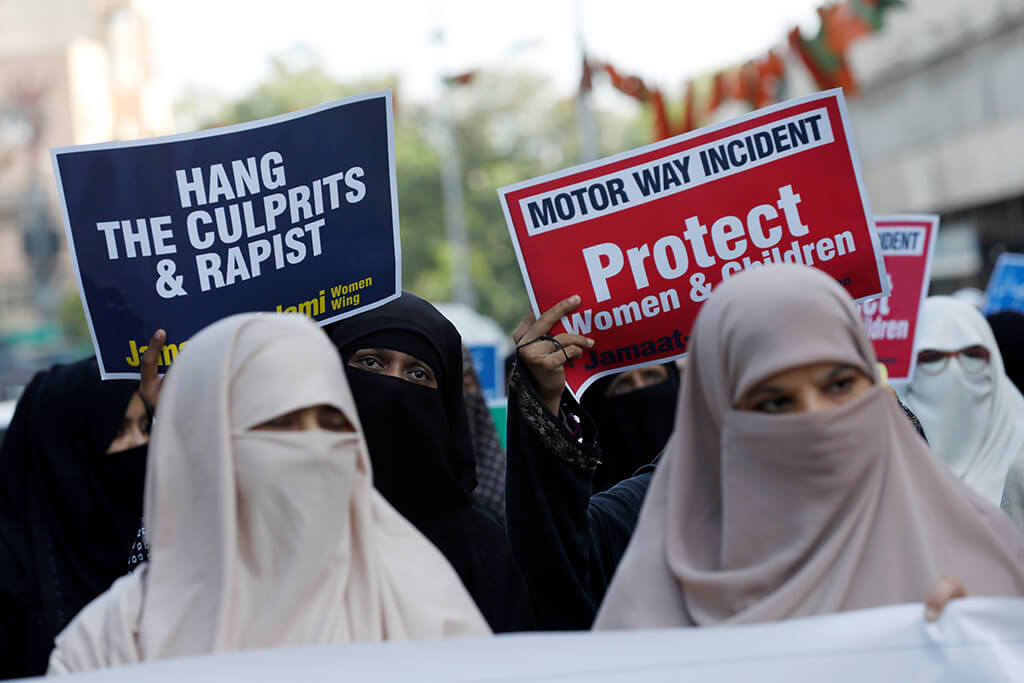 Chemical castration or public hangings? Both these options were being proposed and hotly debated in the traditional and social media last month, as fitting punishments for rapists, and child abusers and their killers. Prime Minister Imran Khan and some of his key federal ministers were calling for the enactment of new laws to punish rapists and killers. These suggestions were given on the floor of Parliament, at rallies, press conferences, in television talk shows and interviews by a cross-section of society.

Indeed, the September 9 gang-rape of a married woman in front of her children shocked the entire country. The public outrage at this heartbreaking incident, which occurred on the motorway while the victim was travelling from Lahore to Gujranwala, is understandable. Unfortunately, just before and after the motorway incident, there were several reported cases of rape and killings of children as young as five that added to the frenzied calls for harsher punishments to the perpetrators of such heinous crimes. In reaction, human rights activists and a handful of liberal lawmakers termed the demands for castration and public hangings of rapists and killers barbaric, uncivilised and inhuman.

Ironically, in this emotional debate, the real issue of bringing the criminals to justice as per the law, was lost. In fact, after the passage of a few weeks, even the intensity of emotions had faded away — as always happens in such cases.

Our politicians — especially those belonging to the treasury benches — are primarily responsible for defocusing the debate. Instead of giving a measured and practical response, they played to the gallery. They tried to outdo each other by making controversial, outrageous and impractical demands such as castration and public hangings of rapists.

Incidentally, Pakistan does not need any new legislation to punish criminals. We already have laws in place; unfortunately our flawed investigation and judicial system lets criminals slip through the dragnet in most cases. What Pakistan needs is the implementation of existing laws rather than futile and time-wasting debates about introducing new ones.

For instance, under Pakistani law a child rapist and killer is to be awarded the death penalty. Period. As are rapists, under the controversial Hudood Ordinances 1979, though this law needs to be revisited to prevent its misuse. But in this “land of the pure” — which Prime Minister Imran Khan wants to transform into a “Medina-like state” — the government has imposed an undeclared moratorium on executions since end-December last year, following pressure from the European Union and a  handful of influential human rights groups. The last hanging in Pakistan was carried out on December 16. After that, not a single hanging has taken place — in violation of the law and the Constitution.

By placing an undeclared moratorium on the death penalty, the PTI government has followed in the footsteps of the previous Pakistan Peoples’ Party (PPP) government – but with one major difference: the PPP halted executions as a matter of  policy. But the PTI has not even done that. However, just like the PPP, this government, too, has introduced a dichotomy in the system in which on the one hand, the courts are handing down death sentences, but on the other, the executive authority is not carrying out the orders.

Either the government should go for a Constitutional amendment and scrap the death sentence once for all, or it should follow the law. This half-baked, hypocritical approach is bad news for those who are fighting crime and terrorism.

Pakistan needs a strong nationalist leadership, which can articulate its case effectively and does not kowtow to the EU and human rights groups which, by design or default, ignore the country’s objective realities.

Prime Minister Imran Khan and his team do not need to reinvent the wheel by discussing senseless options of castration and public hangings. Instead, the national debate on this issue should focus on police reforms, and on improving the investigation and prosecution systems and the judiciary, with the aim of ensuring that no criminal escapes justice and no innocent person gets punished.

Those opposing the death penalty are, in effect, supporting “criminal rights” that undermine and violate the rights of victims and their families and all the law-abiding citizens of Pakistan. The government must immediately lift its undeclared moratorium on the death penalty and push for reforms which make justice swift, low-cost and easily accessible to the public.