The position of ombudsman was originally created in Sweden in the 1800s and known as ombudsperson, ombud, ombuds or public advocate.  The Riksdag (Swedish parliament) appointed an Ombudsman to resolve difficult problems in the absence of the country’s abducted king. In more recent times, ombuds programmes have been created throughout the world to assist citizens, consumers and employees who wish to address concerns about administrative actions or the lack thereof.

In the United States, various types of ombuds functions are utilised in the state and the local governments, nursing homes, the media, colleges and universities, corporations, prisons, and agencies of the federal government. During the period of nationwide campus unrest in the late 1960s and early 1970s, a number of universities established ombuds programmes in an attempt to respond to demands for a neutral, confidential and safe place to discuss concerns and voice complaints.

The Government of Sindh, while taking a lead role in the recent lifting of the ban on student unions and anticipated violence (imaginary or otherwise) expected in the campuses of universities and colleges, would be well advised to establish ombuds in all of them or at least in the major ones, to begin with.

In Pakistan, the establishment of an ombudsman institution had been advocated for some time, before Article 276 of the Interim Constitution of 1972 provided for the appointment of the Federal Ombudsman (Wafaqi Mohtasib) and the Provincial Ombudsman. The constitution of 1973 also provided for a Federal Ombudsman and the institution was eventually created through the Establishment of the Office of Wafaqi Mohtasib (Ombudsman) Order, 1983 (President’s Order No. 1 of 1983), which is now a part of the Constitution of Pakistan by virtue of Article 270-A. It started functioning on 8 August 1983. A former Chief Justice of the Lahore High Court, Justice (R) Sardar Muhammad Iqbal was the first Federal Ombudsman of Pakistan. He was also a member of the Punjab University’s Syndicate. The present Honourable Wafaqi Mohtasib is Mr. Ejaz Ahmad Qureshi.

The Wafaqi Mohtasib’s purpose is to institutionalise a system for enforcing administrative accountability through investigating and rectifying any injustice done to a person through “maladministration” by a Federal Agency or a Federal Government official. Appointed by the President, the Federal Ombudsman holds office for four years. This term cannot be extended or renewed.

Having covered the history and the background of the institution of Ombudsman in Pakistan, I would like to emphasise and reiterate its concept of providing free and speedy justice. Free because one does not have to engage a lawyer and speedy as the complaint has to be resolved within 60 days. Furthermore, complaints can be lodged online, but thereafter physical hearings take place following due process. The purpose of this article is to create awareness and encourage the people to avail the facility of these institutionalised alternate dispute resolution mechanisms in Pakistan.

An important aspect of the Federal Ombudsman institutions is that an order once passed, cannot be challenged in any court of law and an appeal rests only with the President of Pakistan. So, its stature is virtually equivalent to that of the Supreme Court.

In conclusion, the proof is in the pudding. I have tried the Federal Ombudsman, Federal Tax Ombudsman and the FBO; and obtained 100 percent relief.

Previous articleThe Fight Goes On
Next articleA Writer & an Officer 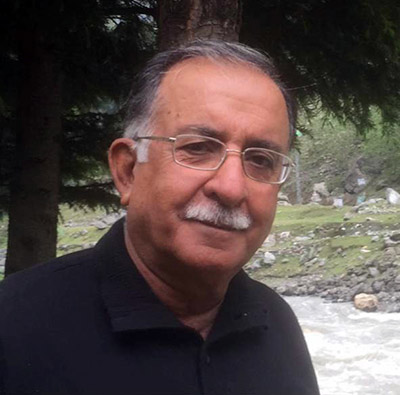 Nazim F. Hajihttp://narratives.com.pk
The writer is a businessman, civil rights activist and the former chief of the Citizens-Police Liaison Committee (CPLC).