This was a year unprecedented in living memory. COVID-19 had, and continues to have, a devastating impact on life, on the health of people, and on the economy. Tempting as it is to rejoice in the relatively more benign impact of the virus in Pakistan as opposed to elsewhere, a second wave looms. So, what does 2021 hold for Pakistan’s economy?

Conventional thinking is that we have weathered the worst of the Covid storm. There is some justification for this. The State Bank’s measures to protect jobs, lower the cost of borrowing, provide liquidity through deferral of principal repayments, augment concessional export financing, and open a window of ten-year fixed-term loans for investment, have kept the wheels of the economy turning. The government’s infusion of liquidity by refunding taxes owed to business and a broadly neutral budget have also helped. As a result, we see exports revive, cement, steel and auto sales grow and a pickup in Large Scale Manufacturing growth. However, the largest contributor to the current account surplus is remittances, albeit not all due to earnings by overseas Pakistanis. The rupee has appreciated.

The need for jobs, value-added exports and import substitution, and hence for ‘Made-in-Pakistan,’ should drive the government and the opposition to reverse the premature de-industrialisation of Pakistan

My predictions for 2021 are that Pakistan, despite the progress to date, will remain on the FATF grey list, which is good for further formalisation of the economy. I foresee that it will return to the IMF programme — as indeed it should — and that this will have a contractionary impact on the economy due to front-loaded tax targets. The tax base will remain narrow due to the weak political will of the government and poor capacity and capability of the FBR; borrowing costs will be held at the current rate; food inflation will be checked; gas outages will continue; consumers who pay their bills will have to continue to bear a higher cost of inefficiencies in power distribution and theft; energy reforms will be slow; the country will not get significantly more favourable terms of trade with the USA from the Biden administration; the EU will be more demanding on GSP Plus concessions, even if the UK, a long-term supporter, will remain positive, post-Brexit. The world economy will remain stressed for at least the first half; there will consequently be demand compression for our exports; the current account will continue to benefit from formalisation of remittances. But there are some watch-outs. Imports will start to grow once our V-shaped economic revival sets in; exports will remain vulnerable to high reliance on the USA and Europe; security conditions in Afghanistan will remain a challenge; and the Chinese private sector will be slow to start investing, partly due to delays in Special Economic Zones.

The concern about poor planning will remain if the capacity and capability of the Planning Commission is not addressed, and knee-jerk, fix-it, short-term, measures are allowed to prevail. We will see the repeated mismatch of supply and demand of electricity and gas (and its cost), as also that of misalignment in the demand and supply of food; the prioritisation of housing for an immediate economic revival over investment in agriculture for longer-term impact; the risk of mortgage defaults and the consequential impact on bank liquidity post the expiry of the government guarantees; and the unwillingness to let go of loss-making public sector enterprises. A big positive would be a stronger government after the Senate elections, able to take bolder decisions, benefiting from the lessons of nearly three years. One hopes that driving a consensus on the economy would become a government priority. The need for jobs, value-added exports and import substitution, and hence for ‘Made-in-Pakistan,’ should drive the government and the opposition to reverse the premature de-industrialisation of Pakistan. If not, Pakistan will remain the sick man of South Asia, lagging in virtually every socio-economic measure, unable to enjoy economic autonomy and take its proper place in global standing. 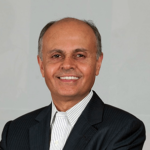 The writer is the CEO, Pakistan Business Council (PBC), which represents83 of the country’s largest private sector businesses and conglomerates, including multinationals.
InFocus