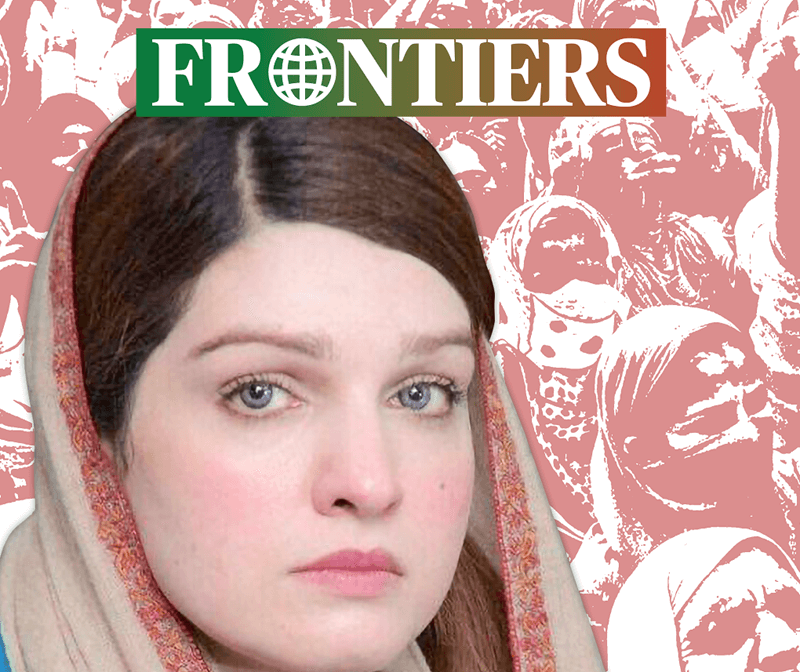 I last met my husband, Yasin Malik, on September 1, 2014 in Delhi. We have not met since. My last conversation with him was over the phone on February 22, 2019, our 10th wedding anniversary. That was the day he was arrested yet again, by Indian occupation forces. I have had no contact with him since his arrest.

When Yasin was not in prison, he was not allowed to travel abroad. Prime Minister Narendra Modi’s government had confiscated his passport. The Indians were afraid that once Yasin Malik was out of Jammu and Kashmir, which has been transformed into one large open-air prison, he would continue to use his voice to amplify the festering problems of his land and his people. The Indians also denied me and our daughter visas to visit Indian-occupied Kashmir (IOK). Yasin has not met his daughter, Raziyah Sultana, for more than six years now as he languishes in the infamous Tihar Jail.

It is too painful for me to explain to Raziyah why she cannot meet her brave father, who serves as a beacon of hope for Kashmir’s freedom fighters and inspires members of his Jammu Kashmir Liberation Front (JKLF) to continue their struggle, even from behind bars. We receive scraps of information on him mostly through the media, and we learn that he is not in good health. His condition is deteriorating in the absence of medical treatment. He has been confined to a death cell, where he is being tortured. On several occasions, I have requested UN bodies and human rights organisations to secure his release on medical grounds. He should be allowed to travel abroad to get treatment. But all my appeals seem to have fallen on deaf ears. Yasin is still battling for his life. The Indians are using cruel tactics to silence his powerful voice, which has been articulating the aspirations of the people of occupied Kashmir to throw off the yoke of Indian rule.

But Indian brutalities cannot silence Kashmiris. The more the oppression, the more the resistance — Indian oppression is fanning the fires of freedom further.

Yasin Malik is not the only Kashmiri who is being subjected to torture. There are countless other Kashmiris who are being meted similar treatment — and often, worse. They include well known Kashmiri leaders of the All Parties Hurriyat Conference, and all those men and young boys who are little known. The sufferings of both are equally traumatic, equally tragic.

In its bid to build pressure on the resistance leaders, India’s National Investigation Agency filed a supplementary charge-sheet in fake cases against my husband, Dukhtaran-e-Millat chief Aasiya Andrabi and senior APHC leader, Masarrat Aalam Butt. The Tihar Jail authorities refused to present my illegally detained husband before a Jammu court in a fake case registered against him by the Indian authorities nearly three decades ago.

Such atrocities are not new to the Kashmiris. They have been living under the shadow of the gun since the illegal and unlawful accession of the princely state of Jammu and Kashmir to India by Maharaja Hari Singh — the then ruler of the valley — on October 26, 1947. Kashmiris resisted this illegitimate move with all the force they could muster.

India flooded Kashmir with soldiers, making it one of the most militarised regions in the entire world. A generation of Kashmiris has grown up witnessing soldiers in every street, nook and corner of their land. The Indians violated the privacy and sanctity of homes, and even barged into their living quarters. The naked aggression and barbarism unleashed by successive Indian governments made life a veritable hell for the inhabitants of what was once described as “paradise on earth.”

But the inhuman and ruthless tactics to crush the freedom struggle are strengthening the resolve and intensifying the indigenous movement for the right of self-determination, as promised by the United Nations resolutions.

Ever since the Hindu extremist government of Prime Minister Narendra Modi has come to power, the oppression has been taken to a whole new level. On August 5, 2019, the Modi government unilaterally and unlawfully stripped Kashmir of its special status. The revocation of Articles 370 and 35-A of the Indian Constitution, which provided just symbolic autonomy to IOK, is alarmingly geared towards changing the demographic profile, as well as the political, economic, social and cultural character of this Muslim-majority region.

In due course, this would irreversibly thwart any meaningful exercise of the Kashmiris’ right to self-determination in flagrant contravention of international law. After Modi’s unilateral step, the Indian occupation forces have literally turned the Kashmir valley into the world’s biggest torture cell. The Kashmiris are reeling under a crippling military lockdown, internet blackout and denial of fundamental human rights. Mobile phones continue to remain blocked, and shops, schools and offices are closed. Even public transport has been forced off the roads. All sections of society have been affected by the lockdown and business is down to zero. The Indians have cut off the Valley from the rest of the world to hide their continuing atrocities. Indian soldiers enjoy complete immunity and cannot be questioned even for their criminal acts. This immunity has emboldened them to use a woman’s rape as a weapon of war to deter freedom-fighters.

Rights groups are continuously raising the red flag over the denial of basic rights to the region’s eight million people, while thousands, including senior politicians and activists, have been arrested and put in jails within, and outside, Kashmir. Earlier Indian authorities had carried out a major crackdown against political leaders in Occupied Kashmir and arrested high-profile figures, including three former chief ministers of the Muslim-majority state.

Unfortunately, the Indian state’s terrorism has failed to shake the conscience of the world powers. A former judge of the Indian Supreme Court, Justice Markandey Katju, rightly remarked that India has sown the seeds of a large-scale guerrilla war in Occupied Kashmir by stripping the territory of its special status.

In an article in the international magazine, The Week, Justice Katju wrote that Kashmir would soon become what Vietnam was for the French and the Americans, Afghanistan for the Russians, and Spain for Napoleon. Referring to the Kashmiris’ desire for freedom, he pointed out that an army can fight another army, but it cannot fight the masses. He further said that a tiger can kill an antelope, but it cannot kill a swarm of mosquitoes.

Some rights groups claim that 100,000 Kashmiri’s have died since 1989. Since the revocation of the special status of Jammu and Kashmir in August 2019, a “full-fledged organised genocide” is underway in Occupied Kashmir. People are being picked up, murdered and buried in unmarked graves. Women are being humiliated and dishonoured; almost 6,000 people have been jailed and they will be detained for up to two years, without being assigned any reason. No other region, in recent history, has faced the kind of brutalities and oppression that the Kashmiris have, yet their spirit remains unbroken.

Stories of the unparalleled sacrifices of brave Kashmiris are finally beginning to find their way into the Western media. The New York Times, The Wall Street Journal and The Guardian, among many others, have done scathing reports, on the repression and atrocities of Narenda Modi’s government in the valley. Despite facing international opprobrium, the Modi government remains undeterred.

During his week-long trip to the United States, Prime Minister Imran Khan delivered a historic speech at the UN General Assembly session that somewhat helped internationalise the burning Kashmir dispute. Pakistan has succeeded in garnering the support of Turkey and Malaysia for the Kashmir cause.

But it’s time the UN took cognisance of this long-standing dispute and played its due role in finding a solution to the Kashmir dispute, according to its own resolutions that promised to grant the right of self-determination to the Kashmiris.

This is the only workable solution to a protracted conflict. The time for diplomacy is running out fast. If the world is serious about preventing a major conflagration between the two nuclear armed countries — India and Pakistan — then the implementation of the UN resolutions is the only way forward. 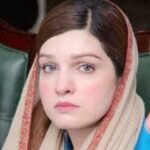 The writer is the wife of Kashmiri leader Yasin Malik, and chairperson of the Peace and Culture Organisation. She campaigns for global peace and highlights Indian human rights violations in occupied Kashmir.
View Posts
Featured Frontiers