The exchange rate of the rupee may face challenges during the year 2021 due to rising import payments stemming from optimism related to the COVID-19 vaccine. Further, external payment pressures and the stalled IMF programme may put pressure on the local currency.
However, an increase in export receipts, the inflow of workers’ remittances and measures taken by the government to invite overseas Pakistanis to send money through the Roshan Digital Account for subsequent investment at higher rates of return may help the rupee to stabilise or make gains against the greenback.

The economy witnessed a revival during the first-half of the last fiscal, but it was offset in the second half of 2019-20 due to COVID-19.
The rupee deteriorated adversely during the second-half of the fiscal year due to external repayment pressure, lower manufacturing activities and a massive shortfall in revenue collection.

The inflow of workers’ remittances is a major component of the balance of payments, which helped the country to attain a current account surplus during the first five months of the current fiscal year.

The economic condition worsened sharply during March-June 2020 as the country imposed a lockdown to rein in the pandemic. Foreign trade was also hit as global markets were affected.

The State Bank of Pakistan (SBP) in its annual report for fiscal 2019-20 highlighted two concerns on the external front due to Covid.
First, export growth tapered, as limited retail sales in advanced economies led to a fall in orders. Second, as uncertainties loomed, foreign fund managers pulled capital out from the emerging market economies. In Pakistan as well, the trend of portfolio inflows in the domestic debt market reverted during the March-June period, partially reversing the build-up in the country’s foreign exchange reserves.

The SBP further said that the rupee strengthened by around four percent in the pre-Covid period (between July-February 2019-20) — in line with the improvement in the current account and financial inflows, which supported the country’s reserves position and market sentiment. “This trend reversed from March onwards with the global sell-off causing a depreciation of 8.2 percent in the PKR during the March-June period.”

The current fiscal year witnessed a revival in the economy from July 2020 after lifting of the lockdown. The positive outcomes strengthened the macroeconomic indicators of the country and helped the rupee to gain against the dollar.

The significance of economic improvement since July 2020 onwards is that the balance of payments posted a surplus, easing pressure on the external front.

During the first five months of the fiscal year 2020-21, the country posted a surplus of $1.64 billion compared with a deficit of $1.745 billion during the same period of the last fiscal.

Meanwhile, the total balance of trade during July–November of fiscal 2020-21 remained at negative $9.538 billion as compared to negative $9.553 billion recorded in the same period last year, marginally down by 0.2 percent on a year-on-year basis. With this, the Current Account percentage of the GDP stood at 1.4 percent in the first five months of the current fiscal year as compared to negative 1.6 percent in the same period last year.

The inflow of workers’ remittances is a major component of the balance of payments, which helped the country to attain a current account surplus during the first five months of the current fiscal year.

Remittances registered a sharp growth of 27 percent to $11.77 billion during the first five months of the current fiscal year as compared with $9.24 billion in the corresponding months of the last fiscal year.

However, the pandemic severely dented foreign direct investment (FDI) during the period under review. The inflows of total foreign investment into the country posted a decline of 81 percent to $389 million during the first five months of the current fiscal year as compared with $2.02 billion in the same period of the last fiscal year.

Going forward, the rupee value may depend on the flows of foreign investment during the year 2021. Further, world oil prices have already started increasing with the release of the COVID-19 vaccine.

The country needs to import commodities such as cotton, sugar and wheat, which may also put pressure on foreign payments.

The fate of the rupee in 2021 thus depends on how the above factors play out in the year to come. 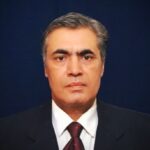