This book comes at a time when one of the largest political parties of the world, the Communist Party of China (CCP) reaches an important milestone of completing a century with over 93 million members. It is commendable that Hundred Years of the Communist Party of China has been written in both Urdu as well as English, which will maximise its readership in Pakistan and help develop a closer understanding between the citizens of Pakistan and China.

The author, Sultan Hali, has done a remarkable job of researching the history of the genesis of the party, explaining why it was necessitated and its initial struggles to get rid of the yoke of Japanese imperialism and feudalism.

The CCP has come a long way since its inception in humble circumstances, after the first National Congress that took place in Shanghai on July 1, 1921. The meeting was interrupted by the police, forcing the members to disperse but they met again aboard a boat on South Lake. The first congress of the CCP adopted the party’s programme, passed the resolutions and elected the leading organ of the central bureau of the party, thus proclaiming the founding of the CCP.

The nascent party faced an uphill task of remoulding an inchoate mass of humanity, subjugated by imperialist forces, war-worn and hungry. At the end of the Second World War, while the other nations celebrated victory, China was still in the shackles of conflict and chaos. CCP’s founding fathers, led by Chairman Mao Zedong, had to combat the Kuomintang (KMT), also known as Chinese National Party, which held sway.

After a bitter struggle of four long and weary years, the Kuomintang were beaten and the Peoples’ Republic of China (PRC) became a reality. The KMT fled mainland China in 1949 with the national treasury, leaving behind a cash-strapped economy ravished by the bedlam of war.

To rub salt into their wounds, the Occident recognized Taiwan, where Chiang Kai Shek and the KMT had sought refuge, as the Republic of China ignoring the 541 million residents of mainland China. Neither the newly-established UN nor any other humanitarian organisation came to the aid of the Chinese nation that was badly in need of food, medicines and other essentials.

The founding fathers of the PRC weathered the storms of the post-natal period, steadied the ship and put it on the course of development. The CCP provided a platform to rally the masses to fight poverty, malnutrition, disease, drought, famine and lack of resources, worsened by international embargos, and rise to their true potential. Initial mistakes were made, but the CCP believed in self-analysis and course-correction. The Great Leap Forward and the Cultural Revolution left scars, but the CCP made amends and continued the march onward.

Finally in 1972, the Occident accepted the reality and the PRC acquired its rightful place in the community of nations as a member of the UN and the Security Council. After the death of Chairman Mao in 1976, Hua Guofeng took up the mantle as Chairman of the CCP. His successor, Deng Xiaoping, introduced far-reaching market-economy reforms and opened up China to the world, which led to massive financial progress. Within a span of three decades, it became the second largest economy of the world.

Subsequent CCP leaders have introduced reforms by revisiting policies and taking decisions in keeping with the changing environment; thus progress and reform have gone hand in hand with each other.

The CCP is neither stuck in the old groove nor is it clinging its to ossified dogmas. It is rather like a political party that is always learning and is innovation-oriented, in line with the characteristics and realities of the primary stage of socialism.

Apart from implementing reforms within its vast land through its structured organisation, the CCP has extended its economic reforms beyond its borders. Despite the differences in social systems and ideologies around the world, it endeavours to seek convergence of interests with other countries and promotes China’s peaceful rise along with a vast number of other developing countries.

Worldwide, the success of market-oriented economic reforms depends on effective executive-ruling party relations. In China, the issue of implementing economic reforms does not exist, since the ruling party is also the executive. The President of China, Xi Jinping, is also the General Secretary of the party and the Chairman of the Central Military Commission; hence the smooth sailing in the implementation of reforms.

Other than Vietnam, China is the only country, which has a One-Party System. Based on his study of the CCP’s one-party rule the author responds to critics by asserting that the CCP may be unicameral, but it is based on grassroots democratic norms. People at the lower echelons elect their representatives and as the tier goes higher, the process of election progresses upwards. The uppermost tier comprises the National Congress. It is a style of democracy well-suited to the people of China, who have accepted it whole-heartedly and the result is for the world to see.

According to the party’s constitution, the CCP adheres to Marxism-Leninism, the Mao Zedong Thought and the Deng Xiaoping Theory. In addition to the above three, the scientific outlook on development and Xi Jinping’s Thought on Socialism with Chinese characteristics is a leap forward for a new era.

Author Sultan Hali explains that joining the CCP is no easy matter. People aspiring to become members have to apply formally, undergo strenuous examinations, interviews and a battery of tests before they are admitted. Training at the CCP School prepares members to take up the challenges. Interestingly, the International Department of the CCP Central Committee invites foreign political parties to familiarise them with the Chinese system of governance. Such endeavours go a long way towards enabling other systems of governance to understand and appreciate the structure being followed by China.

The chapter, ‘Publicly reviewing and eliminating its own undesirable elements and self-criticism,’ is of great relevance to other countries of the world, especially developing ones like Pakistan. The author quotes the current General Secretary of CCP, Xi Jinping: “To forge iron, one must make oneself tough.”

By strictly adhering to party discipline since the 18th CCP National Congress, and by ‘putting power in the cage of laws and regulations,” the CCP has ushered in a new phase of governance, thereby enhancing its ability to “catch up with the times.” By looking inwards to eradicate corruption and severely punishing the wrongdoers, irrespective of their rank or position, the CCP has not only stemmed the rot of sleaze and graft but set high standards for the rest of the world to emulate.

In the view of the author, the CCP is determined to see the fruition of the Chinese Dream and take the Chinese masses out of poverty and build a moderate society that is able to afford a reasonable standard of living in peace and harmony, while simultaneously lending a helping hand to China’s neighbours and other countries through mega projects like the Belt and Road Initiative.

The CCP’s goal, in its centenary year, is to eradicate poverty from China. 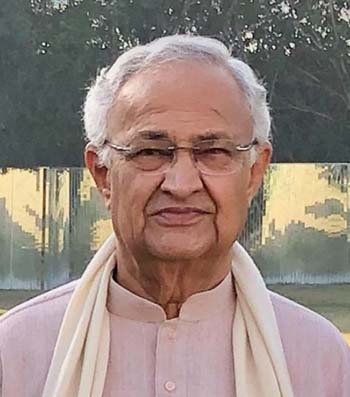 Nisar Memonhttp://narratives.com.pk
The writer is a former Senator and the founding president of Amanat Foundation, which has launched the Pakistan Literacy Project.
Previous articleSeeking Solutions
Next articleThe Pak-UK Prism

There are times in the history of nations when...